So we’ve been working on Dargon. You know, the mod installer we’re shipping before the sun explodes.

For a plethora of reasons, we’ve needed a way to generate modification thumbnails. Good thumbnails have the following criteria:

Goal 1 is the hardest: We can’t use facial recognition on characters like Kogmaw. 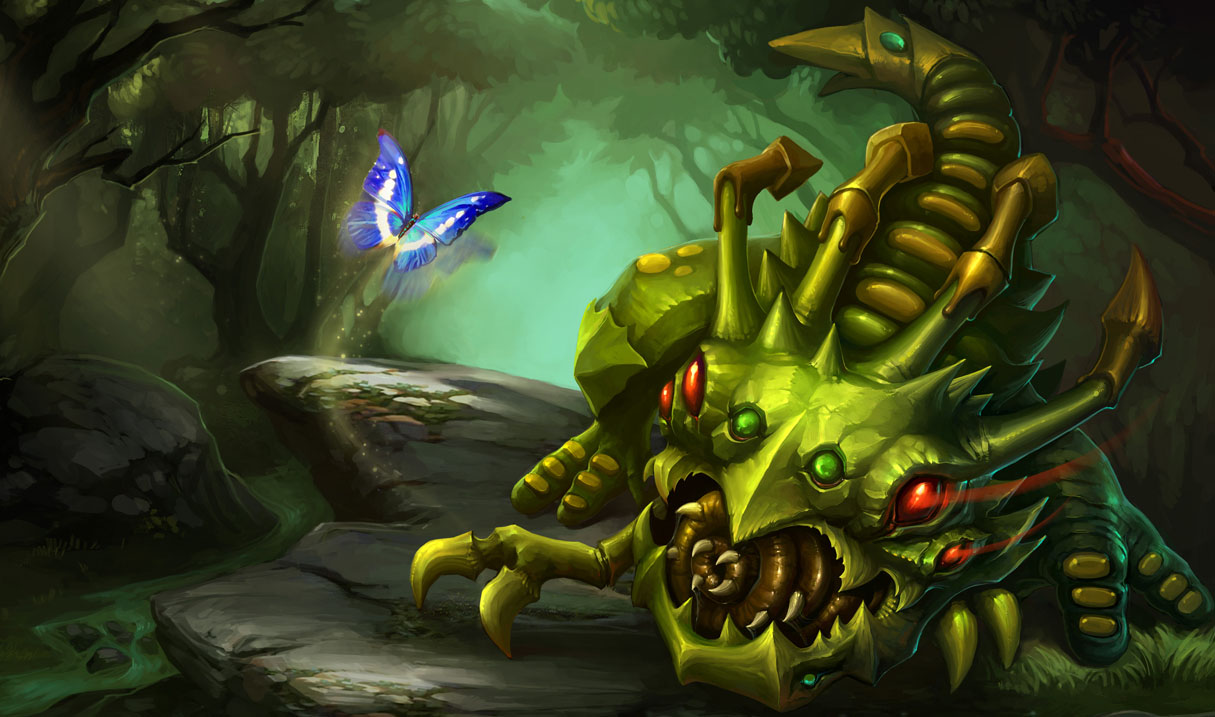 Here’s how we generate thumbnails: You can follow along our code here or watch it’s development stream here (jump to 2:10:00, we hit 30 viewers!):

The core of our algorithm relies on three ideas:

Our algorithm is simple, involving edge detection and a luminosity histogram: 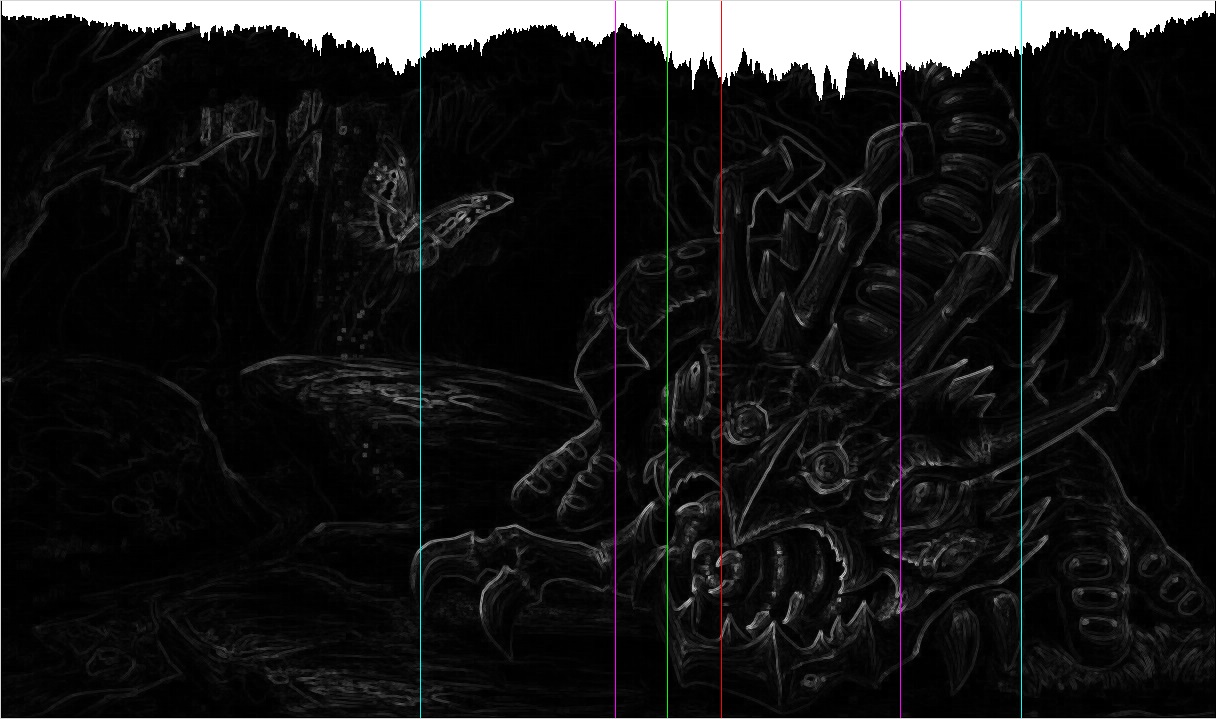 From there, we compute the mean (Green line) and median (Red line) of the histogram. Starting at the median, we run a hill-climbing algorithm that attempts to select a range with the highest luminosity (Region between Purple Lines).

Nerd note: The cyan lines contain the region within one standard deviation of the median. We have other methods of computing spread, so we don’t really use this.

The algorithm performs this operation for many images while generating a score for them. The score factors in a few variables: 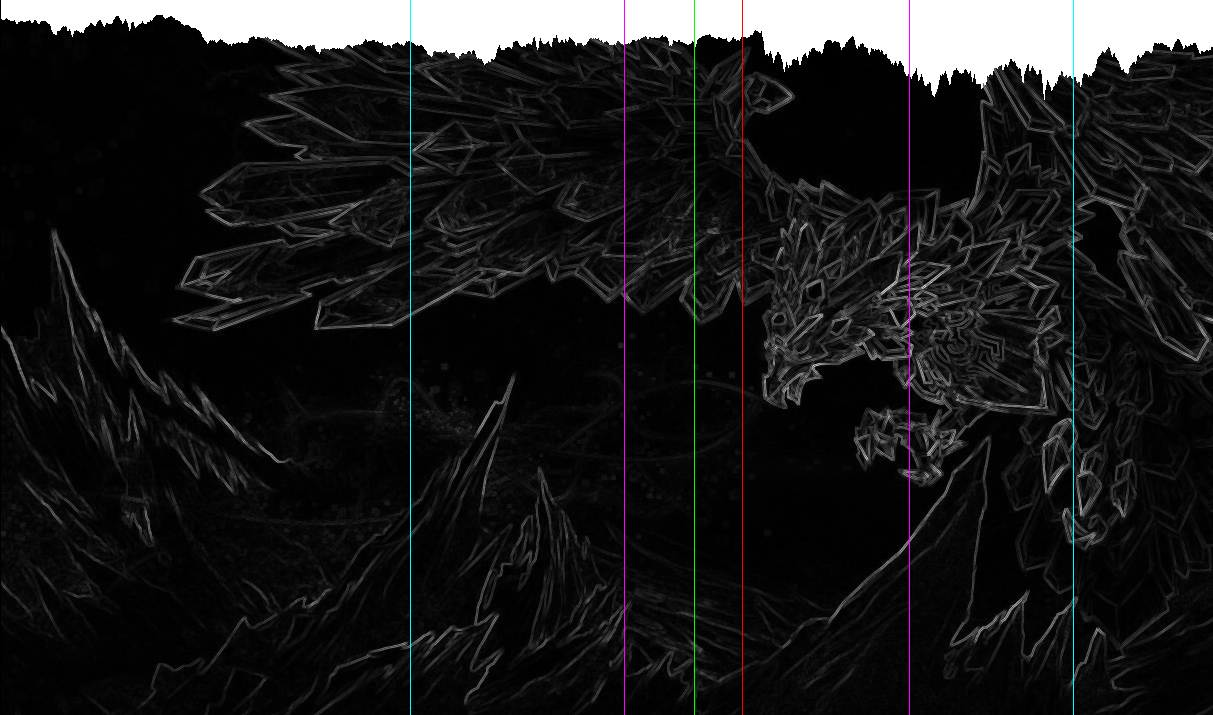 Finally, we select the best images (with a bit of randomization). When compositing a final image from multiple images, we rank our image ‘slices’ based on luminosity and shuffle them in a way that alternates light and dark images. We need to improve this a bit, but here are our final results: 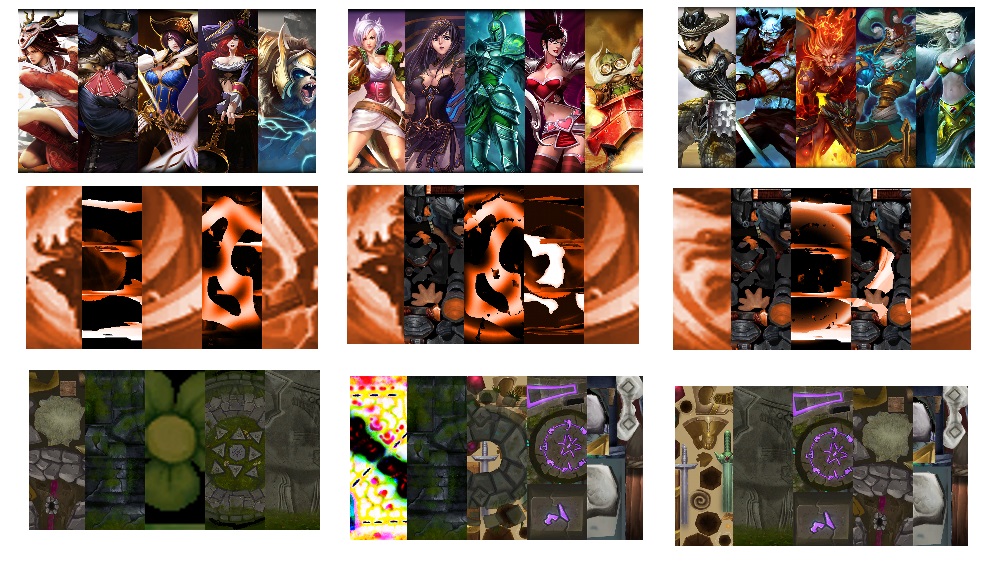 Clearly, the algorithm doesn’t work so well on in-game texture files (they are drawn with different design considerations), but at the least they’re representative of their modifications. Surpringly, though, the algorithm works very well with character artwork, where facial detection would likely fail.

Requirement three was that our algorithm improve our user experience. The thing runs pretty fast and in the background. The only filters we use (which take most of our algorithm’s processor time) are AForge’s Grayscale filter and Homogenity Edge Detector – the Grayscale one iterates per-pixel and multiples rFactor * R + gFactor * G + bFactor * B while the other simply looks for a pixels’s maximum contrast with its neighbors. 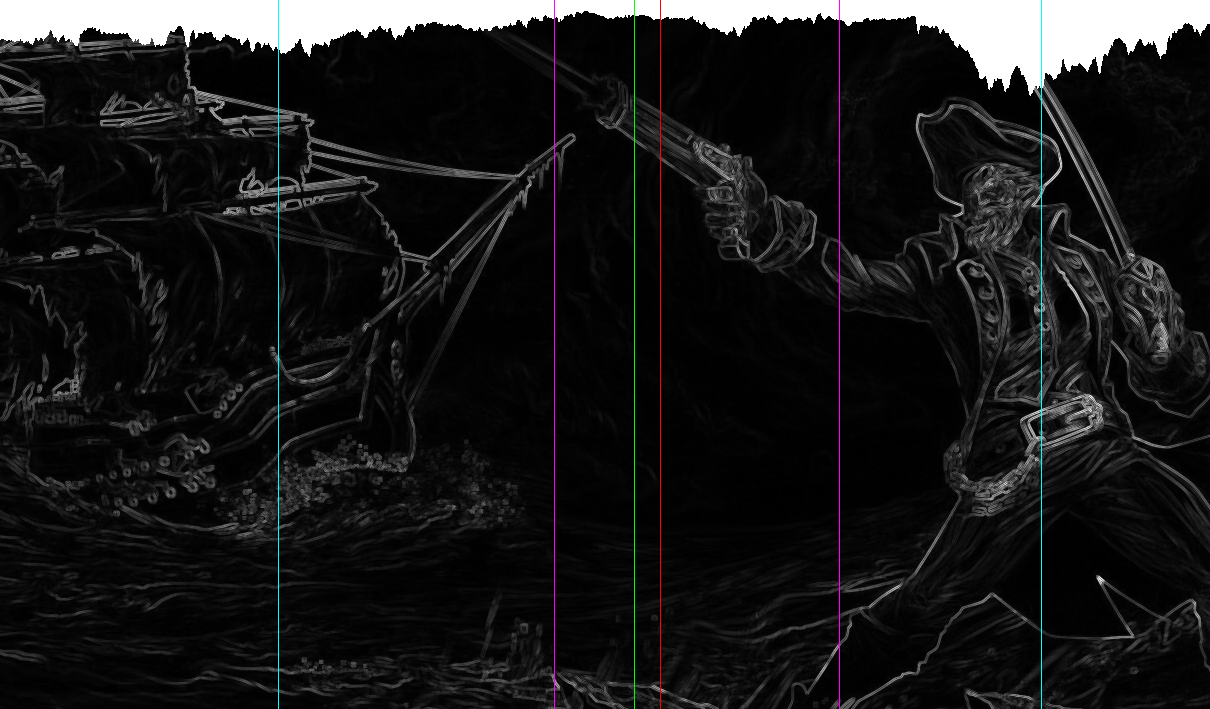 Our algorithm does not handle images with bimodal edge distributions. Future improvements might detect these “humps” in our images and generate two output slices. There’s a ton of improvements we could make to this algorithm after we ship Dargon, though for now, we feel pretty k.

So long for now, Michael Yu