I spent today working on the graphical side of Shade.

As you can tell, everything's fairly boxy - in fact, everything's just a transformed (as in: scaled, rotated, or translated) unit cube! Textures are pulled off the internet (random googles for free textures) or of solid colors.

You can't actually move around - I haven't implemented (or pulled in) a navmesh library or implemented any ghetto-physics. Hell, I haven't even decided if physics will care about the third dimension! There's definitely a ton of work to do here - I don't even have ray-box intersection at the moment!

A Cell in a Shade Dungeon! 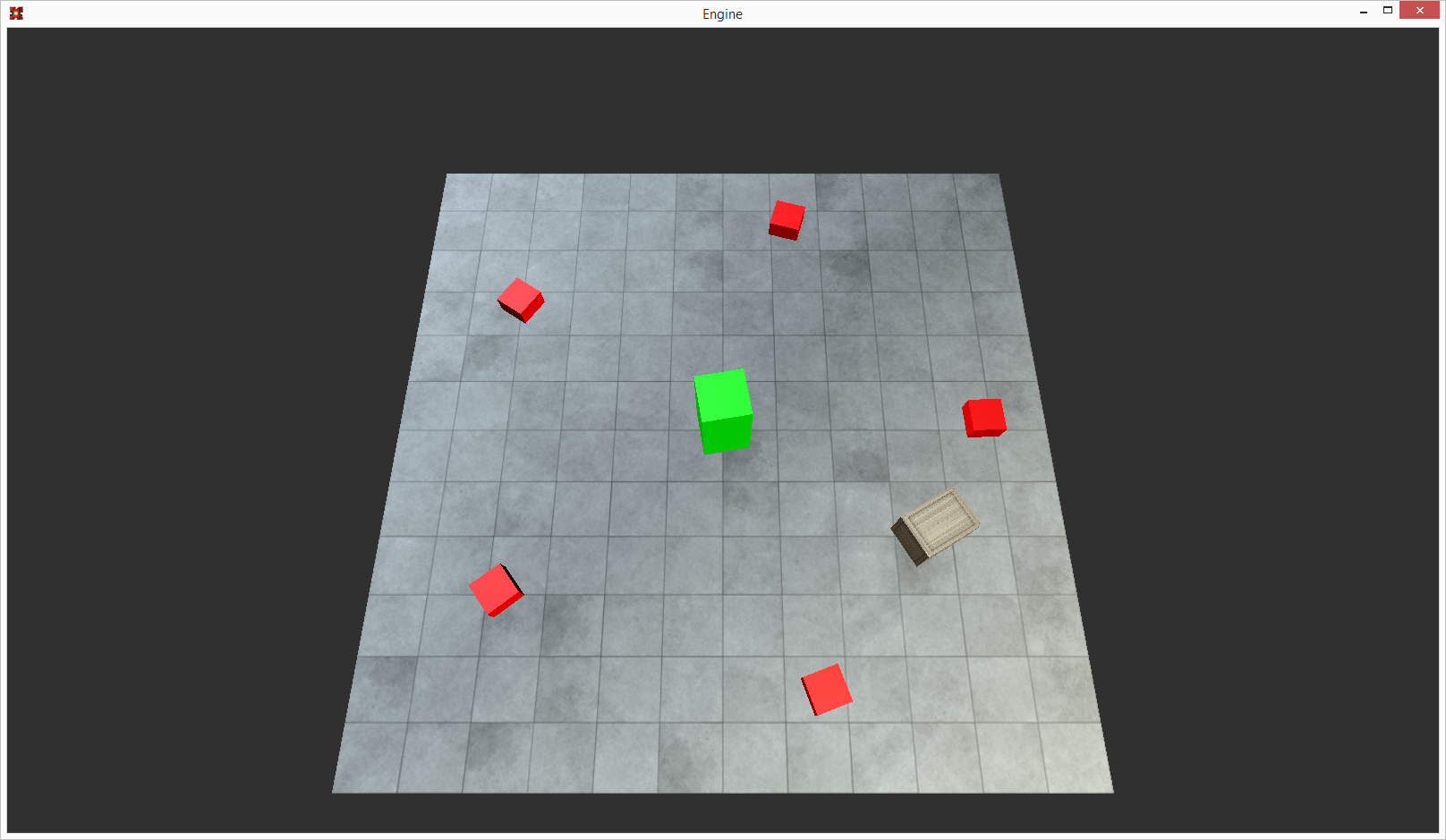 Lime box: Your character.Red boxes: Enemies.
Crate: Will be mimic/treasure-chest-like.

I've been spiking a ton of code followed by blogging about it after a few days. This is great as it chronicles what I've been doing, but not so great as it doesn't let me address any problems which I face and solve. Not sure if I'll force myself to blog more often or if I'll keep posting whenever I hit tiny (visual) milestones.

Oh, and when I say spiking, I mean that I've hacked together libdpo and libimdg as well as a on of other miscellaneous stuff you can see on shade's repository (view repo at commit dbc21bda).

But this felt super duper fun to work on! I haven't done stuff like this since middle school. I wonder if I still have that code sitting somewhere at home...